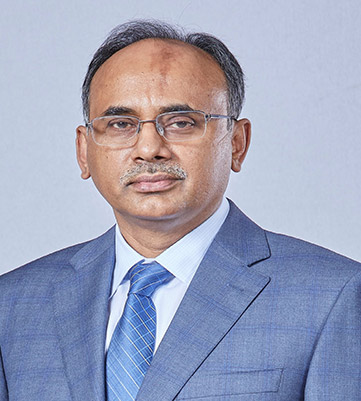 Mr. Talukder started his professional career on 15 February, 1988 as a member of the Bangladesh Civil Service (Administration cadre). He served in various capacities in the government for more than 34 years of his career. He was appointed as the Finance Secretary on 17 July 2018 and promoted to Senior Secretary on 31 October 2020. Before being appointed the Finance Secretary, he worked for more than 18 years in various positions within the Finance Division.

Apart from his long career in the Finance Division, Mr. Talukder has served in the Ministry of Industries, Ministry of Food, and Ministry of Information. He also worked at Bangladesh High Commission, Kuala Lumpur as First Secretary (Commercial).

In the Finance Division, he has contributed in important areas like budget reform, macroeconomic management and introduction of IT in PFM. He was instrumental in implementing the Medium-Term Budget Framework (MTBF) across the Government. He played the key role in the introduction of payroll automation for the government employees, EFT for pensioners, introduction of Shariah based bond Sukuk and automation of National Saving Certificates. He is one of the key contributors in drafting the Public Money and Budget management Act, 2009; Autonomous Bodies’ Surplus Revenue Act. 2020; and Universal Pension Management law, 2022.

Mr. Talukder was awarded the 'National Integrity Award, 2020-21'. He also led the Finance Division to achieve the 'Public Administration Award 2021'.

Mr. Talukder, born on August, 1964, is married to Mrs. Selina Rawshan, a teacher by profession and they have one daughter and one son.